The Origin of Birria Tacos 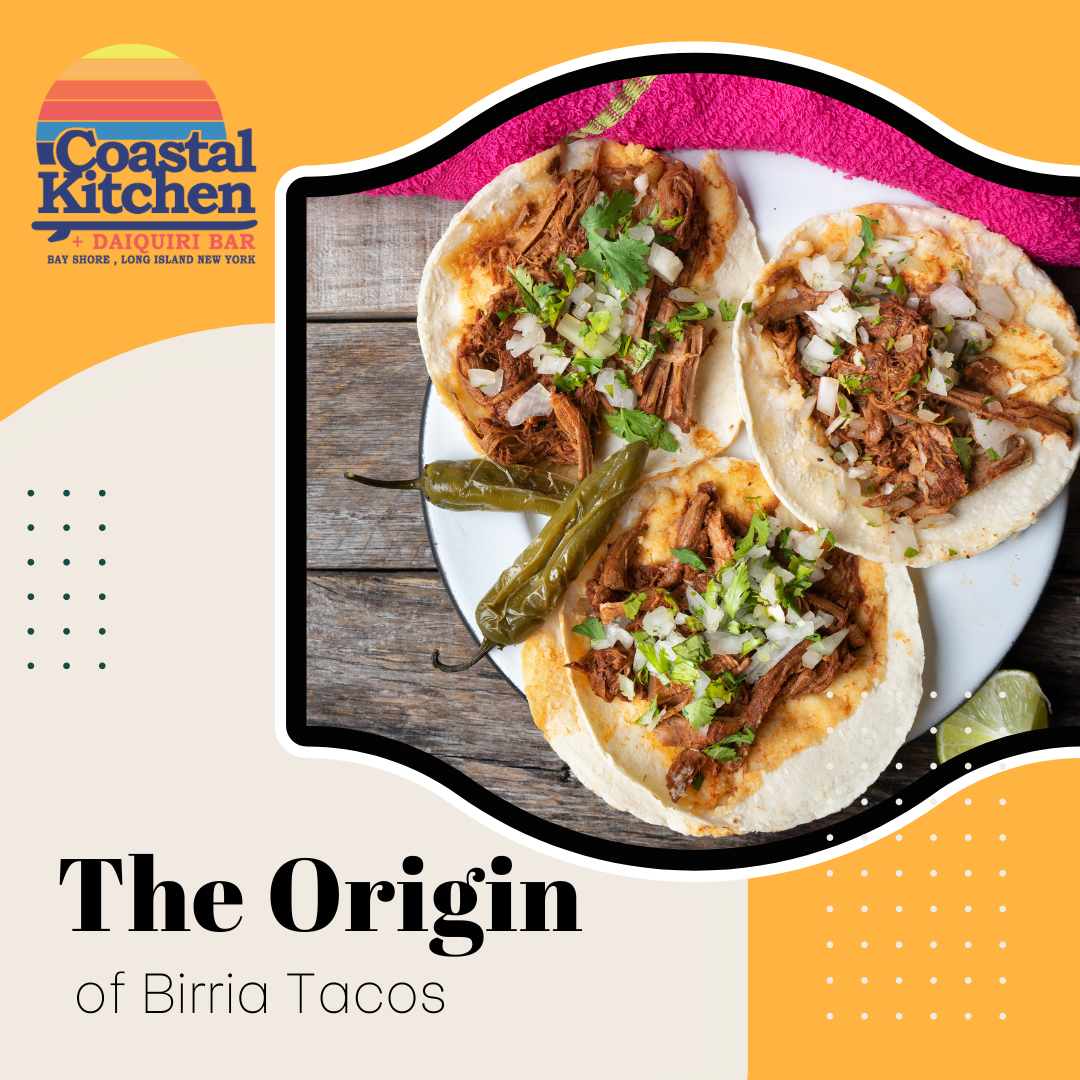 One of our favorite dishes here at Coastal Kitchen is the Birria Taco.  Our slow braised short rib, onion, cilantro, cotija cheese, and birria broth are all tucked into fluffy tortillas ready to be devoured, what could be better?!  We love feeding our patrons foods that transport them with new flavors, and the birria tacos will take you straight to Jalisco, Mexico! 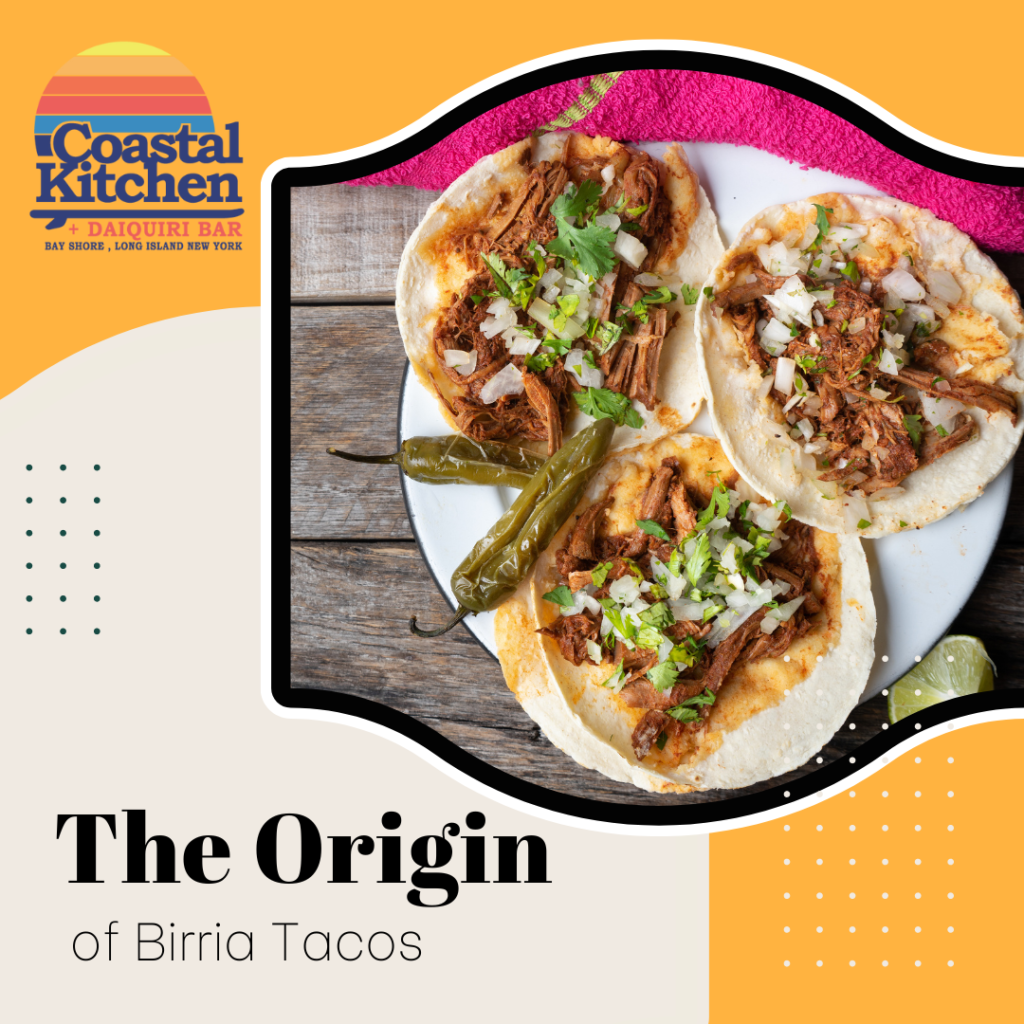 Birria originated in Mexico and is often served as street food there.  It was originally made with goat meat, but you may find it to be made of pork, beef, veal, or lamb now and can be served as a stew or as a taco filling.  The unique and signature flavors come from three different types of toasted chiles, and spices like oregano, cinnamon, cumin, cloves, and more!  The name birria translates to “exquisite savory dish, full of culture and tradition,” and it does perfectly encapsulate the town of Cocula, located right in the middle of the state of Jalisco where it originated.

During the 16th century, the Spaniards and Mexicans interacted, which was the catalyst for them sharing how they lived and what they ate.  This allowed for the introduction of new spices and animals that Mexico had never seen.  Pigs were a new favorite, and they were raised more often by natives and used as a staple protein source.  As time went on, the country began to experience a surplus of goats and a famine hit due in part to how quickly they bred and consumed natural resources on farms.  They ate everything they could get to including field crops and seedbeds that served as major food sources.   Native Mexicans turned to goats for meat, and they became the “birria makers” or “birrieros.”   Due to goat meat’s gamey flavor and tough texture, the meat was cooked with a variety of fragrant herbs and spices in the ground or kilns to help mask the flavor and tenderize it.

Today, meat is covered with chile paste and allowed to marinate to absorb all of the flavors.  Then, it is usually prepared in a Dutch oven or deep casserole dish with bay leaves, onions, garlic, and more chiles and baked for hours.  For tacos, the meat is shredded or broken down into chunks.  Corn tortillas are often dipped into the remaining broth to fully soak up the spices and then filled with meat and toppings.

Coastal Kitchen is the spot for all your birria taco needs.  Our coastal-inspired food, travel-inspired drinks, and daiquiris will transport you to a vacation destination with your first sip and bite!  Give us a call at 631-665-3030 to reserve your table!  We’ll see you soon at 12 East Main Street in Bay Shore, New York!