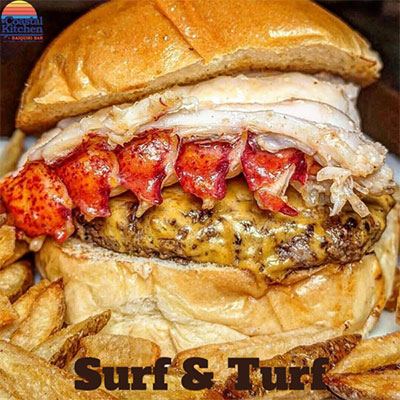 WHERE DID SURF AND TURF COME FROM?

For example, the pairing of filet mignon and Maine lobster definitely originated on the East Coast, where people who were used to lobster wanted to try something different with it. Many people think that the East Coast tradition of surf and turf began in the 1960s. One restaurant advertised filet mignon and stuffed crab legs as a feature in 1966.

However, West Coast pairings experts believe the surf and turf dish was first served on top of the Space Needle in 1962. Crab legs and filet mignon were served there as well, but the King Crab legs came straight from Alaska.

There are other pairings for surf and turf besides filet mignon and lobster or crab. You can pair a filet mignon with large shrimp. You can also pair scallops with a strip steak such as a New York Strip. You may also want to try pairing a strip steak with lump crabmeat, which gives you both sweet and savory flavors.