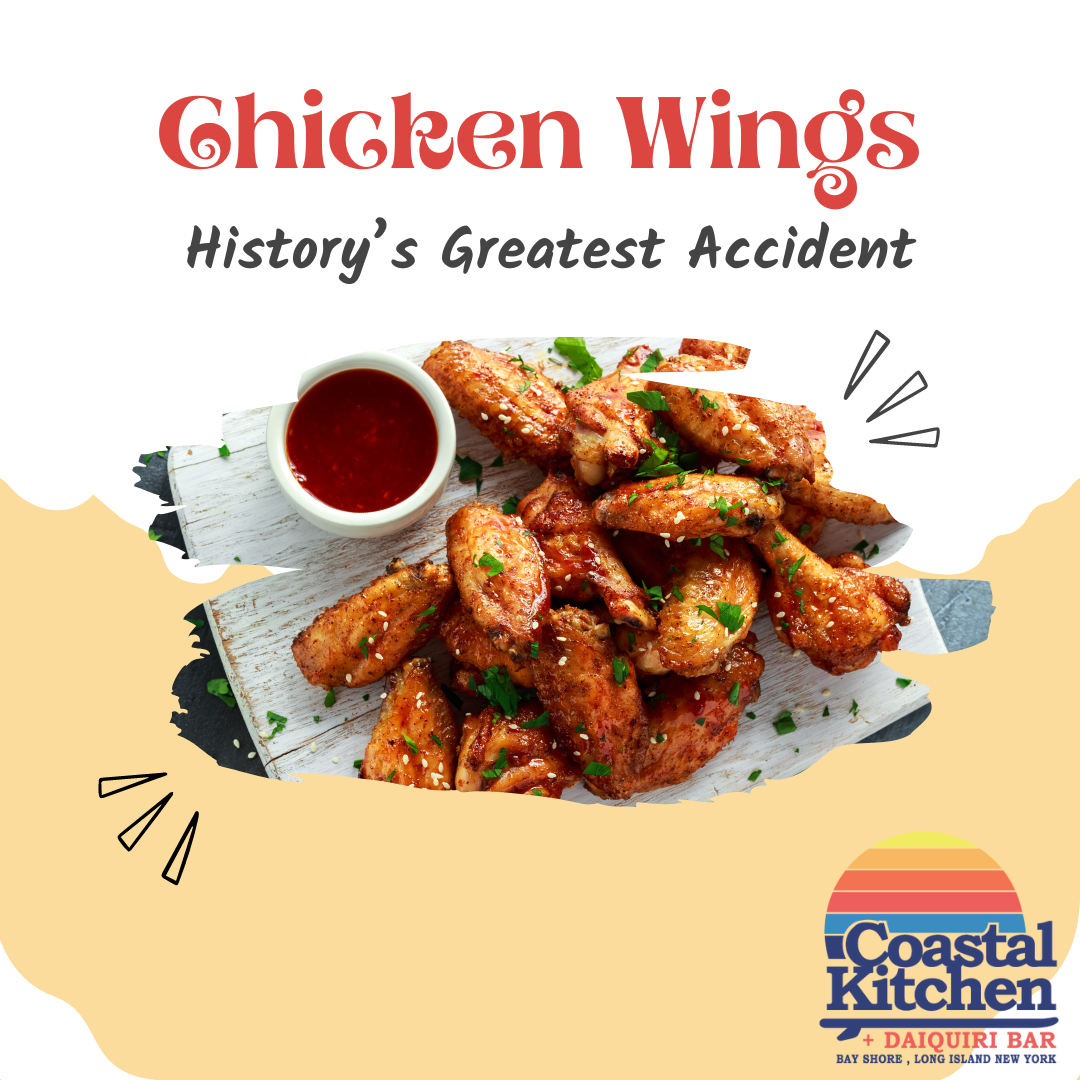 You would be hard-pressed to find someone who doesn’t enjoy chicken wings. Served up in a variety of ways and accompanied by a wide array of sauces that range from sweet and spicy to tangy and cool, they’re one of the most popular food items in the United States. At Coastal Kitchen, we take pride in the tasty morsels we serve, and our customers can’t get enough of them. Oddly enough, had it not been for a slight mishap, the chicken wing might have remained undiscovered.

Affectionately known as “buffalo wings,” this spicy chicken wing got its name from the location it originated in, the town of Buffalo, New York. Contrary to what the name might suggest, these are wings made from chicken and not the North American buffalo. The birth of the food in question dates back to 1964. Teresa Bellisimo, the owner of the Anchor Inn, ordered a case of chicken wings instead of chicken necks. While today the chicken neck sounds about as appetizing as a sharp stick in the eye, it was a common staple years ago to make sauces from.

Not the Best Reputation

Chicken wings one had a less than stellar reputation. This part of the chicken was considered unusable. Teresa had her work cut out for her when it came to making the food item marketable to the customers that frequented her establishment. As many cooks had done in years prior, she improvised to unleash a new trend upon the world that’s only skyrocketed in popularity.

Teresa deep fried the wings and then coated them with hot sauce. They were then served alongside celery and blue cheese dressing. The wings gained further notoriety in the early 90s when Buffalo Bills quarterback Jim Kelly would bring them to Bills playoff games for good luck. While the Bills came up short in the big game, the popularity of spicy snack food continues to this day.

The Best Buffalo Wings are at Coastal Kitchen

You no longer have to take a long road trip to Buffalo to sample the dish. Coastal Kitchen serves up Buffalo Wings and plenty of other food and other finely crafted cocktails to satisfy any appetite. For a menu and other tasty tidbits of information like the one you’ve just read, RSVP at coastalliny.com today.