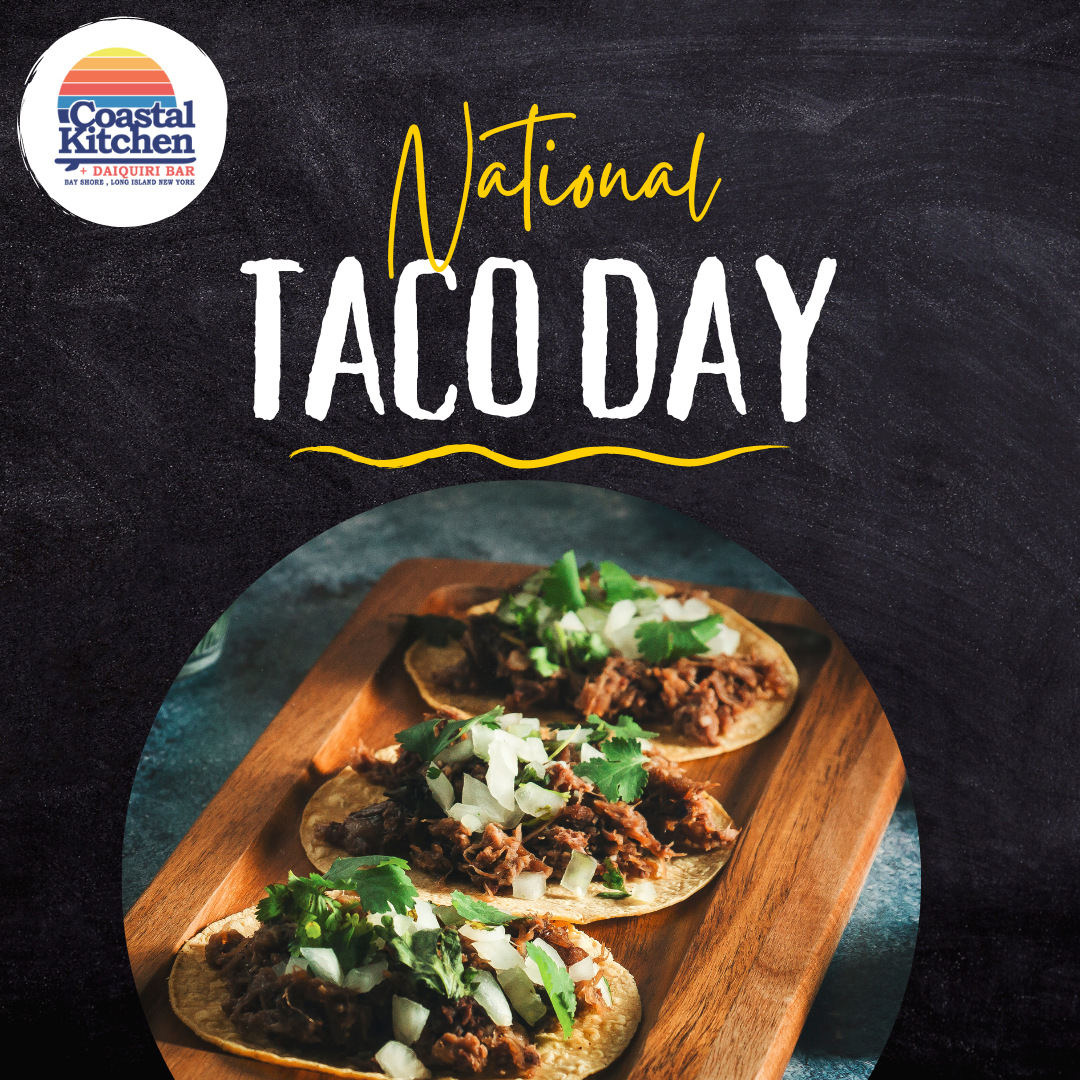 At Coastal Kitchen, we pride ourselves on the food we prepare and the cocktails we serve. While we never grow tired of seeing our wonderful customers, we want to extend an invitation for you and yours to come and celebrate with us on October 4th. Why this date in particular? Because on October 4th, we celebrate the wonderful food staple simply known as the taco. That’s right, National Taco Day is quickly approaching, and what better way to celebrate than by sampling a few?

A Brief History of the Taco

You would be hard-pressed to find an individual who doesn’t enjoy a taco from time to time, let alone never tasted one. And while many national delicacies have interesting backstories and origins, the exact beginnings of the taco are somewhat obscured by the clouds of history. That said, it’s believed that the word originated in the silver mines of Mexico sometime in the 18th century and was used by workers to describe the small explosives used to retract ore from the mines. This was because dynamite or gunpowder was typically wrapped in two sheets of paper and detonated. Others describe the dish as being imported to Mexico from Spain at the time of the conquests in the 1500 & 1600s.

Like so many other food items, the taco eventually became popular in the United States. One of the major profiteers of tacos is Taco Bell, which was launched as a franchise in 1962. With 5,800 stores in America alone, it’s safe to say they’re doing something right. It’s believed that the concept of the taco shell comes from a cookbook published in 1949. These eventually entered mass production and can be found at any grocery store.

When a food item reaches mainstream popularity, it tends to be served in a variety of ways to appeal to a considerable number of people. The taco is certainly no exception, as they can be prepared in several ways. In Mexico, the most popular style is what’s known as Taco al Pastor, which translates to Sheppard’s Taco. In the American Southwest, breakfast tacos are popular and have taken the form of breakfast burritos in many other locations. Another style that’s gained popularity is the fish taco, which comes to us by way of Ensenada, Mexico.

Whether you’re celebrating National Taco Day, Taco Tuesday, or simply feel like indulging, Coastal Kitchen is the ideal location to celebrate. For a menu and much more, visit us at coastalliny.com.