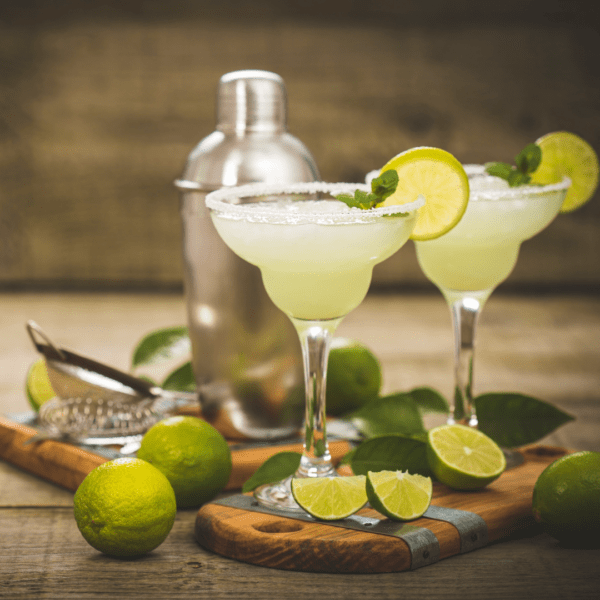 While February is usually synonymous with Valentine’s Day and the love and affection that goes with it, there’s another special occasion just eight days later that can be enjoyed by everyone—whether you’re partnered or not. That’s right, it’s 5:00 somewhere and National Margarita Day is here to be celebrated with gusto, not to mention a few limes. February 22nd marks this occasion, and the history of this most delicious drink is just as delicious as you think it might be.

A Brief History in Lime

Believe it or not, the margarita has a unique history behind it. While there has been a considerable debate among historians, many credit bartender Danny Herrera with the introduction of the cocktail back in 1938. Fast forward to 1953, and popularity of the drink soared when Esquire magazine named the Margarita the “drink of the month.”

While the concept of the Margarita might be a design of the 20th century, its ingredients have been utilized for refreshment and celebration for centuries. It was back in 1000 BC when the Aztec tribes began fermenting agave and utilizing its alcoholic content. The Spanish would adopt this concept, and by distilling agave would perfect the process of the liquor we all know today as tequila.

If you’re a fan of mathematical equations, then you might appreciate some research done by way of a survey about how Americans feel about this particular drink.

Now that you’ve crunched the numbers and have been given more than one reason to enjoy a margarita, why not celebrate this delicious drink at Coastal Kitchen? We serve up 8 different variations of the drink that was voted America’s favorite in 2019. No matter how you like it, we’ll accommodate the perfect cocktail…just for you. Stop by Coastal Kitchen and see all we have to offer!