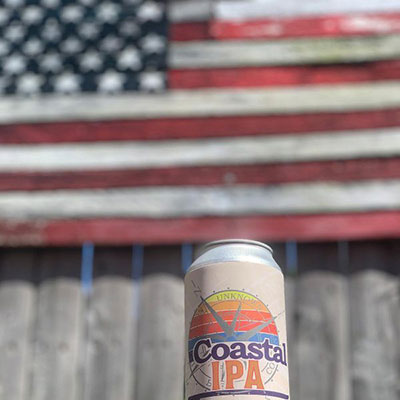 There is a beer for everyone. Beer comes in countless varieties, including ciders, porters, ales, lagers, stouts, bocks, and so on. If you are interested in celebrating National Drink Beer Day with Coastal Kitchen, you can surely find something on our menu that will suit your tastes.

We serve up bottles, cans, and glasses of beer. From our bottles and cans menu, consider a Caribbean Craft. We have Aguila, Pacifico, Red Stripe, and so much more. We also have an International Craft section of our menu that features beers from Iceland, Japan, Italy, and many more countries. If local and American beers are more your style, you’ll love our selections from LINY, Miami, Colorado, New York, and even Hawaii.

When you celebrate National Drink Beer Day with Coastal Kitchen, you can order a non-alcoholic beer or beverage. Non-alcoholic drinks are excellent for the DD. Consider our coconut limeade, St. Pauli Girl Na Beer, Ting Grapefruit Soda, and so on.

Did you know the history of beer dates back to over 5,000 years ago? Papyrus scrolls written by ancient Egyptians with early beer recipes have been discovered. There is even evidence that the Mesopotamians developed beer over 10,000 years ago, before recorded history. Beer gained popularity when it made its way to Europe during the Middle Ages. A lot of water in Europe was contaminated during this time, so beer was actually a safer beverage alternative. Today, beer has evolved even more. There are light beers, dark beers, cold beers, and warm beers. No matter what type of beer you prefer, you can celebrate National Drink Beer day with Coastal Kitchen.