A Glance Into The History of Cocktails 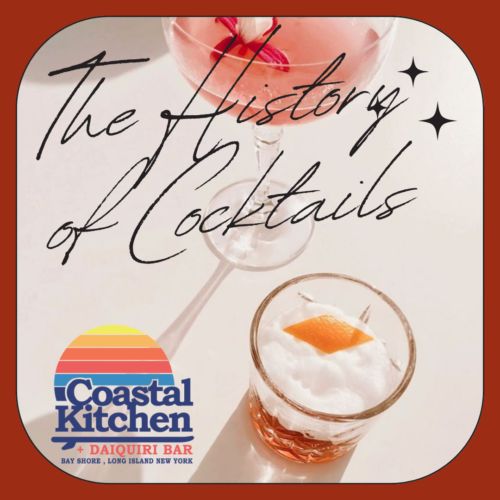 If you’re a devoted patron of Coastal Kitchen, you know your way around a cocktail bar. How well do you know the history of cocktails? It’s interesting to review the development of all the concoctions and mixtures that have come about over the years. 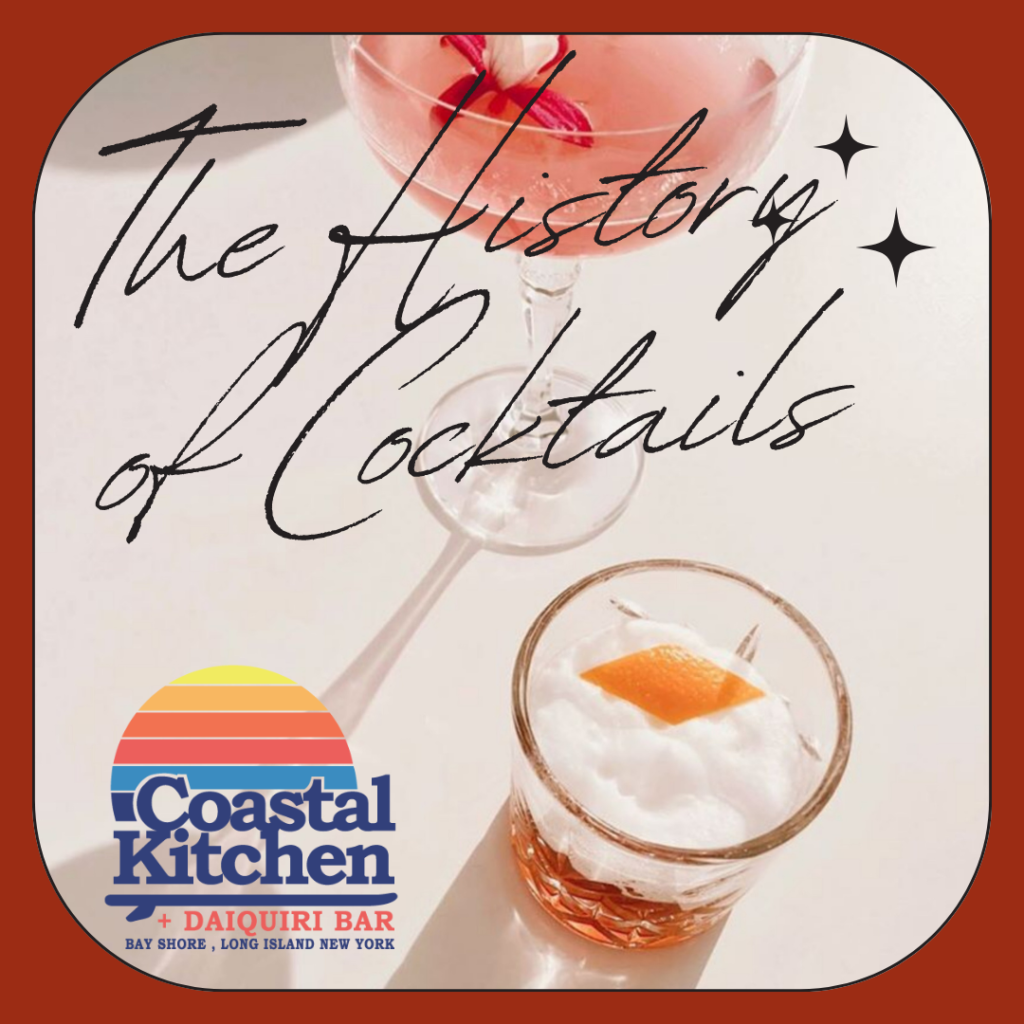 A Glance Into The History of Cocktails

Who invented the term “cocktail” anyway? Our best sources trace it back to 1798, from a British newspaper detailing the various things you could do to mix spirits, juices, and spices. Within a few years, drink connoisseurs came to a consensus on its definition as “a stimulating liquor composed of any kind of sugar, water, and bitters.”

You probably already knew that the 1920s Prohibition era wasn’t a fantastic time for recreational drinkers. Cocktail and beer consumption had to go underground into speak-easies, while many talented cocktail makers and brewers simply left the United States. Most never came back, which made cocktail creation a bit of a lost art for several decades.

In fact, good mixology and cocktail craftsmanship were probably on the skids until well after the 2nd World War.

Popular Resurgence in the 1990s

If drug culture overshadowed cocktail culture for the better part of the 60s and 70s, then we might conclude that cocktails didn’t make a comeback until the 90s. By then, you saw the arrival of new drinks like The Pink Squirrel, Anejo Highball, and increased consumption of appletinis, mojitos, and jello shots.

Now, there are bartenders inventing radically new concoctions on a weekly basis. Since the 2000s, it’s become very popular to mix liquor with energy drinks for cocktails. An example of this is the Boilermaker, where you’d mix Red Bull with vodka.

Ice is an important component of an entire class of cocktails. One of the best parts of visiting a daiquiri bar is the litany of frozen options you get, but there’s a little bit of science behind ice usage. Since alcohol melts ice rather quickly, you have to monitor the proof more carefully.

Any frozen cocktail with more than 10% alcohol is bound to water down your drink too quickly. Remember this the next time you want the bartender to make your frozen margarita with lots of tequila. It’s generally not worth it.

This is a brief snapshot of what’s happened with cocktail popularity since its inception. You can always learn more by trying new drinks with us at any time.

Coastal Kitchen hopes you enjoyed learning a little more about cocktails. If nothing else, it’s a fun conversation starter with your pals the next time you visit us for a Pina Colada or Strawberry Daiquiri. Don’t forget that we’re both a bar and restaurant, so you have every opportunity to mix great cocktails with delicious food every day of the week. Call us to learn more, at 631-665-3030.