A Contest of Libations: Daiquiris vs. Margaritas 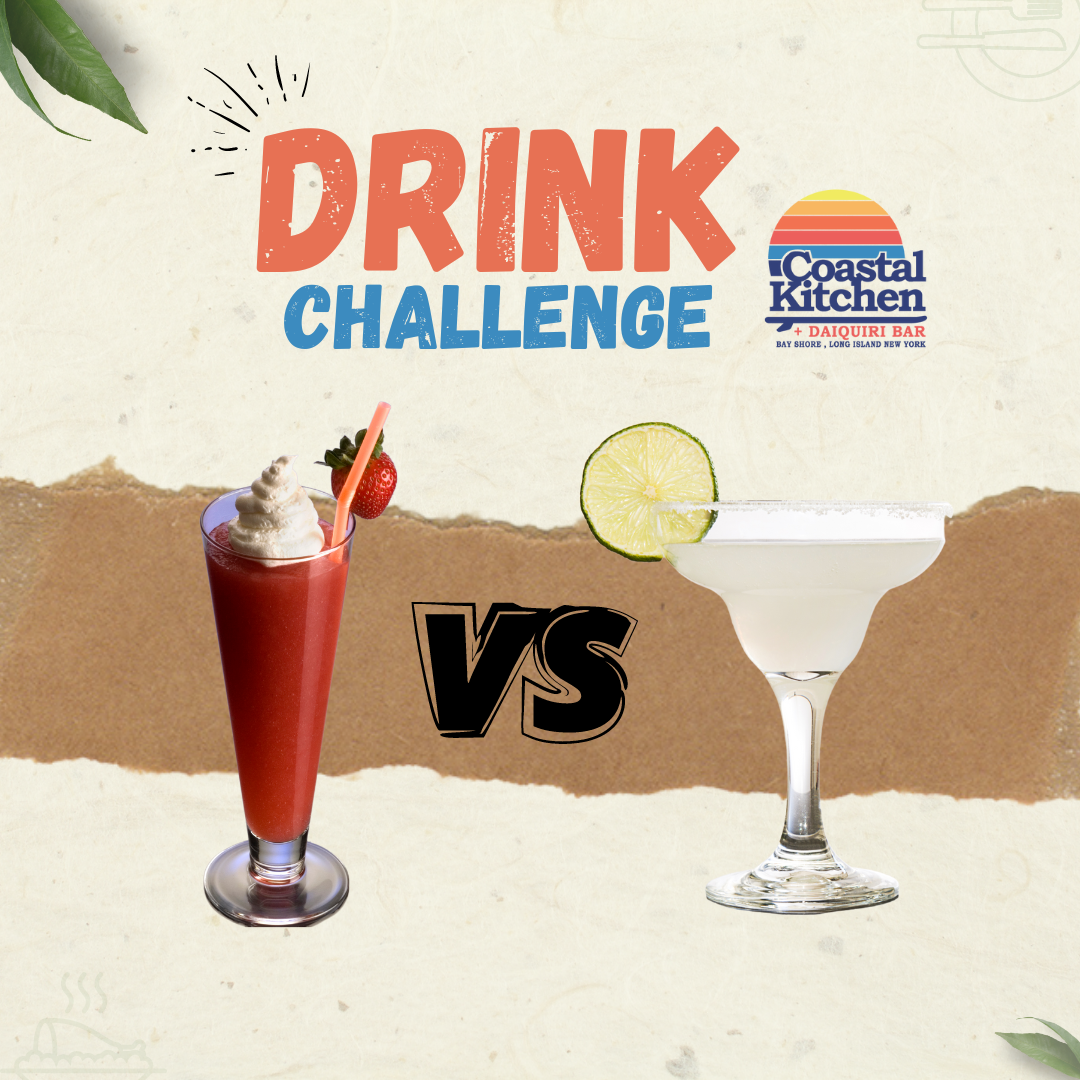 If you’ve ever stopped by Coastal Kitchen, you’ve probably sampled our tasty cuisine and then realized you need something to help you wash everything down. As you peruse through the drink menu and consider what kind of cocktail piques your interest, you find yourself deciding between a margarita or a daiquiri. But what’s the difference between the two? Which one is better? Let’s find out…

The margarita and daiquiri are very similar to one another. They’re both considered sour cocktails, and they’re both based on citrus flavors. However, there is a key difference between the two. While they both contain lime juice, the margarita is made from tequila and triple sec, and the daiquiri is made from rum and syrup. So, naturally, your preference on which drink will suit your tastes better all depends on if you prefer tequila or rum.

A Brief History of Both

Like most drinks that have gained widespread notoriety, both have a very unique and interesting history of how they came into existence. Before being known as the margarita, the drink inquisition was referred to as the tequila sour and made appearances as early as 1936. The drink achieved widespread popularity in the 1940s, mostly due to an ad campaign that featured actress Rita Hayworth. The daiquiri, on the other hand, got its start a little bit earlier. According to legend, the daiquiri was invented in 1898 by an American engineer who ran out of gin one night and had to resort to rum. The popularity of the beverage began to rise in the early 1900s when it began appearing in several high-end bars in the United States.

Some of the Best Variations of Both at Coastal Kitchen

Whether you’re a fan of the margarita or daiquiri, you’ll find plenty of mouth-watering options at Coastal Kitchen. Fans of the margarita can enjoy our offerings in a variety of flavors; passionfruit, blood orange, guava, and pineapple coconut are among our favored recipes. For those who prefer the daiquiri, we offer up a few bold concoctions that are certain to satisfy. Guava, the double Hemingway, and passionfruit always keep our customers coming back for more. If you’re feeling adventurous, you can try both!

At Coastal Kitchen, you’ll find offerings for any occasion. For a menu, reservations, our delicious cocktails, and much more visit us at coastalliny.com.